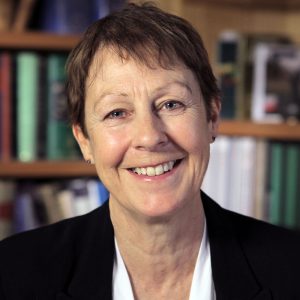 Jumping Dog founder Susan Lambert is one of Australia’s leading filmmakers. She has produced and directed award-winning films for Australian and international broadcasters and her work has been theatrically released around the world. Her recent feature documentary Tyke Elephant Outlaw (2015) has received critical acclaim in major international film festivals and acquired worldwide by major broadcasters and Netflix. She has written and directed documentaries for Australia’s premier production companies.

Previously Lambert’s experimental documentary feature Landslides (1990) was screened theatrically in Australia and her feature film Talk was released theatrically in both in Australia and USA in 1995. Susan’s television work includes the critically acclaimed observational television series Under the Hammer (ABC Australia), Risky Business (SBS), DIY Law and Love and Money (both for ABC Australia). In 2001 her controversial Tokyo Bound: Bondage Mistresses of Japan was broadcast on Channel 4 in the UK and SBS. In 2004 Lambert directed Deadly Enemies for ABC and Channel 5 (UK). In 2006 her documentary The Good, The Bad and The Ugg Boot was one of the highest rating programs in the ABC’s history.

In 2007 Lambert co-produced The Cars That Ate China, a co-production between ABC, NDR Germany, CICC China, Electric Sky UK and Jumping Dog Productions. She directed episodes of two major ABC series: The Making of Modern Australia and the landmark observational courtroom series On Trial. In 2011 she produced the award-winning docu-drama Recipe For Murder, a top-rating Australian documentary for ABC1. In 2013 she wrote and directed the 10 part kids series Dancing Down Under. In 2014 Lambert directed episodes of Outback Coroner for Foxtel CI Channel, wrote and directed My Big Fat Bar Mitzvah for Compass (ABC) and in 2018 directed Mateship – Australia and America: A Century Together for Foxtel History Channel.