The Good, the Bad and the Ugg Boot

A documentary following the funny, tragic and heroic efforts of a couple of feisty small family businesses as they take on a giant US company over a weird Aussie cultural icon – the ugg boot.

“Show of the Week.” The guide SMH

The Good, The Bad and the Ugg Boot

The Good the Bad and the Ugg Boot is a story about cultural identity and survival in the age of globalisation, a “David and Goliath” struggle against enormous odds. Narrated by Greig Pickhaver, it follows the funny, tragic and heroic efforts of a couple of feisty small family businesses, in Australia and America, as they take on the giant US company, Deckers Outdoor Corporation, over a weird Aussie cultural icon – the ugg boot.

For over 70 years the ugg boot has been an Australian icon – from sheep shearer, to surfie, to under the bed, ugg boots have been part of the Aussie culture. Uggs represented everything that was tasteless or ‘daggy’ in Australian parlance. That was before beach babe Pamela Anderson wore a pair of Uggs on Baywatch and the little Aussie icon became an international fashion sensation. In 2003 Australians woke up to find that the ‘ugg’ trademark was owned by an aggressive US corporation which was threatening ugg boot manufacturers in Australia, and their distributors around the world with legal action if they use the word ‘ugg’ to describe, sell and market their boots. 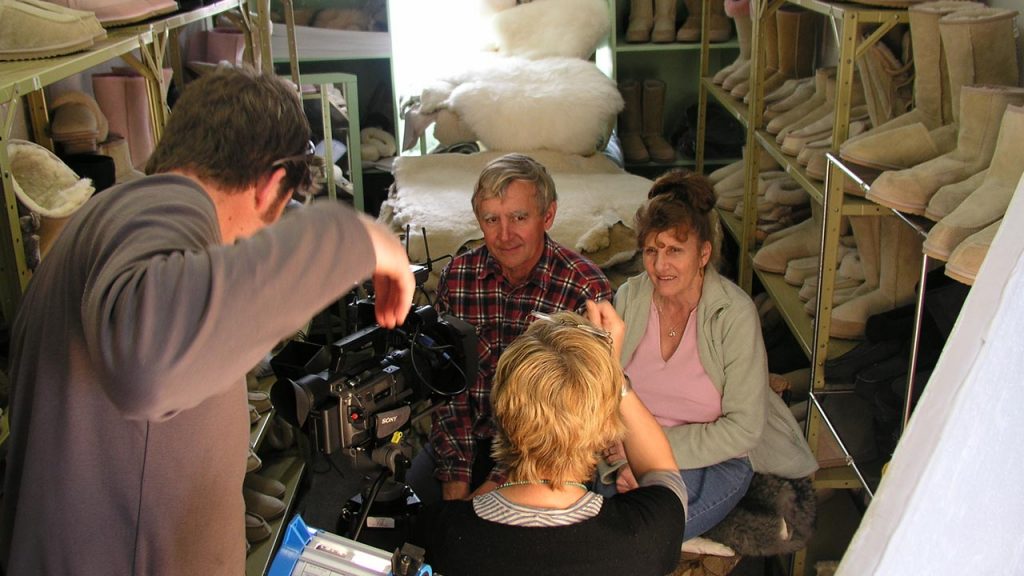 But one small family of boot-makers in Western Australia, the McDougalls, and their counterparts in the US, the Severns, decided not to take this lying down. They bet their homes and livelihoods on the belief that right can defeat might and justice will be done. The Good the Bad and the Ugg Boot follows their battle with the American shoe giant to reclaim the word.

The stakes are high. Small manufacturers stand to lose their businesses. The nation could lose control over its icon. Deckers could lose millions in revenue. The Good the Bad and the Ugg Boot follows the drama of these legal battles over two years as they build to a surprising courtroom climax.