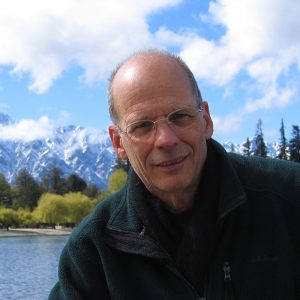 Stefan Moore an award-winning producer/director and executive producer of documentaries who has worked for major broadcasters around the world. In the US, he was co-director of TVG Productions in New York, a series producer at WNET and a producer for the prime time CBS News magazine program 48 HOURS. In the UK Stefan worked as a series producer at the BBC, and in Australia he was an Executive Producer for Film Australia and the ABC where he commissioned a slate of critically acclaimed films and series. His documentaries have received four Emmys and numerous other awards.

Stefan’s other recent work includes Honeybee Blues (2009) which received the Sydney Morning Herald TV Critics award for the best Australian documentary of the year, The Cars That Ate China (2008) which was nominated for a Dendy award at the Sydney Film Festival, the National Geographic special Race Against the Killer Flu (2007), and Mysteries of the Human Voice for ARTE (France) and SBS (Australia).

Previously, Stefan produced the critically acclaimed eight-part series The Trouble With Medicine for PBS, BBC and ABC (Australia); the PBS three-hour series America on Wheels; the Emmy award winning documentary Presumed Innocent about pre-trial detention inside New York’s Rikers Island; Trouble on Fashion Avenue about organized crime inside New York’s garment industry; No Sex, No Violence, No News about the arrival of satellite television in China; and The Irish Tapes (1974) which is part of the permanent collection at the Museum of Modern Art.

Stefan’s work has received the support of major US foundations and he is a Guggenheim Fellow.